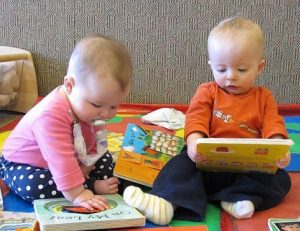 Over the course of the next few months, we’ll be diving deeper into themes in the State of the Community 2022 Report commissioned by the Gunnison County Community Health Coalition. The report looked at the behavioral health of the Gunnison Valley highlighting underlying factors contributing to poor behavioral health and the symptoms we see playing out across our healthcare system. We wrote up a brief overview of the report’s findings in March.

This month, our focus is on the state of early childhood education (ECE) in the Gunnison Valley. We wanted to start here for a couple of reasons:

Affordable childcare is a basis for a strong and healthy workforce and a resilient community. 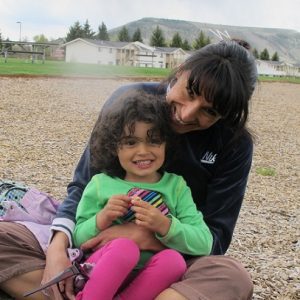 While some parents can afford to choose to stay home with their young children, not returning to work isn’t a feasible option for many families in the Gunnison Valley, even those who would like to. However, the cost of childcare makes the calculation a complicated one, especially for community members who don’t make high salaries themselves.

According to the State of the Community Report, the cost of full-time childcare for two children under 5 is approximately $23,196 per year. For a single parent household with two kids under five, this amounts to roughly 41% of Area Median income. With 50% of renters and 42% of people with mortgages spending more than 30% of their income on housing, community members with young families are feeling the squeeze in their budgets in multiple categories. While the Colorado Childcare Assistance Program offers the opportunity for subsidized care for some families, according to the State of the Community Report, “there are only 14 to 16 slots in the entire county.” It feels like trying to bail out the titanic with a measuring cup.

While the State of the Community Report was careful not to take leaps to the impact of the costs of childcare on the size of families and the decisions made by people in their childbearing years here in the Gunnison Valley (go back to work, not go back to work, work alternating shifts with their partners, etc.), they were clear that the stress of the costs of basic needs (housing, childcare, food, etc.) on parents can negatively impact the neurobiological brain development of children in our community.

Lynna Frymoyer, Director of Tenderfoot Family and Child Development Center in Gunnison adds, “Children are born ready to learn. The first five years of life are the most rapid pace for brain development and a child’s environment during these early years has profound, life-long effects. Lack of access to early childhood education and the stress it adds to a family can negatively impact all areas of a child’s development that cannot be easily overcome. Research shows that children that enter kindergarten behind their peers stay behind throughout school and life. This creates an achievement gap that cannot be closed and causes social and financial burdens for communities.” Healthy communities depend on access to good quality, affordable childcare. 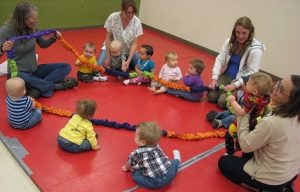 While parents and guardians of young children (and their employers and support systems), are definitely feeling the stress of lack of a healthy childcare system, they’re not the only ones. Workers in childcare are among the lowest paid workers in our community. In a survey of childcare workers that collected responses from 70% of the Early Childcare workers in our community in February 2021, researchers found that 16.1% of workers had accessed food assistance programs in the last year. Making monthly bill payments has been somewhat difficult or difficult for 66% of early childcare workers.

Our system is precarious as is, but we could see even fewer childcare slots in the next five years if we don’t engage as a community to fix it. The same survey of Early Childcare workers found that nearly 43% might leave the field within the next five years. Nearly 43% of them also have a second job, most because they need to supplement their incomes. 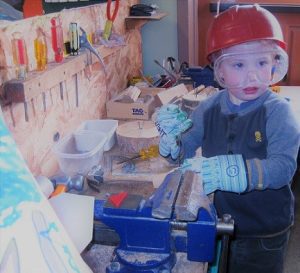 How do we fix it?

While this didn’t help the systemic issues, we supported a program led by our Gunnison and Hinsdale Early Childhood Education Council with funds from our Gunnison Valley COVID-19 Recovery Fund. Workers in ECE often don’t have access to paid sick leave. During the pandemic, staying home when you’re sick became a way of caring for our community as a whole, especially for young children who didn’t, and still don’t, have access to COVID vaccines. We funded a paid sick leave bank with the ECE Council that allowed participating preschools and daycare centers to apply for funds to reimburse dollars spent on sick leave for teachers who caught COVID. We will continue to support our local nonprofit childcare centers through grant funding, but this is a band-aid rather than a systemic solution.

This is a national issue, not just a Gunnison County problem. Our rural community with a high cost of living and low wages likely makes the national issues more acute here, but we’re lucky that we’re not alone in trying to fix the childcare system. In November of 2021, Governor Polis created the Department of Early Childhood and elevated it to a cabinet-level position in the state of Colorado, so there is some momentum to address gaps in the system at the state level and we’ll be keeping an eye on what they’re up to and how it can help the situation in Gunnison County. They plan to implement a universal pre-k program for four-year-olds by fall of 2023. We are watching the development of that program to see how it will impact our ECE situation here.

Another statewide action that has the potential to impact early childhood education locally was the recent change to the statute governing how Local Marketing District dollars can be spent. Both the Gunnison Times and the Crested Butte News have covered this in some detail. If local voters approve changes to the Local Marketing District via ballot issue this fall, some of the revenue generated from local lodging taxes could go towards supporting the local workforce, including via funds to childcare.