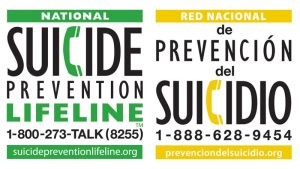 May is Mental Health Awareness month – an opportunity for us to assess the mental health of ourselves and those in our community. It’s a time to remind people that it’s okay to not be okay. That our individual struggles are real. And that there are people around us who want to help, even when it feels like there aren’t.

Teenagers and college-aged young people are often navigating significant obstacles, stressors, and trauma on their own for the first time, with little direction as to where they can turn when life feels overwhelming.

According to Gunnison’s recent State of the Community 2022 Report, recent trends at Western Colorado University (WCU) indicate high levels of stress, substance abuse, and isolation for students. This is coupled with insufficient services to address the symptoms and root causes of behavioral health issues.

Counselors are available on campus, and a telehealth option has been recently added for WCU students and staff. But according to some current and former students, everyone could benefit from a larger culture shift on campus and in the community. Jeremy is a recent graduate who still lives in Gunnison and works full-time at a business in town. Sierra is a current full-time student, who also works full-time in Gunnison.

WCU, like most universities in recent years, has seen too many students’ stories end in them taking their own lives. “It [suicide] unfortunately became less surprising. I never really had time to process before the next one happened. You just kind of had to get used to it, which was a really tough feeling to have going through college,” Jeremy said.

“I was already comfortable with people dying. And I was focused on my own survival,” Sierra added. “It hurts my heart when I think about the people going through it right now.”

Jeremy transferred to Western after his freshman year, from a larger state school in the Midwest, close to where he spent much of his childhood. Sierra found Western after growing up in rural northeast Colorado, and received an academic scholarship that she is determined to make the most of. Each arrived in Gunnison having experienced more in life than most people twice their age, so they were already in a habit of tending to their mental health and building up their coping skills.

Even so, they struggled too. “I have this bad personality trait where I put everybody else before I put myself,” Jeremy said. “The more I focused on others, the more I drifted in my own mental health. And the counselor I went to made it more about himself than it was about me.”

Both Sierra and Jeremy decided to get involved in life on campus, assuming student-leadership positions that allowed them to care for other students and provide resources to address things like mental health, isolation, loneliness, and anxiety.

“You have to yell that you need help. You have to talk about it, and if you don’t, that’s how you end up resentful. It’s real, it’s happening, and you have to process it, even if it’s not to a therapist,” Sierra said.

Despite each of their own struggles with mental health and suicidal ideations, they were both keenly aware of the battles being fought by their peers all around them. “I was always told, ‘you never know who has it worse than you’,” Jeremy said. “If I can help just one person, out of everyone that I’ve met, to me that’s good.”

They both recognize the realities of life in Gunnison, and the way that impacts both the symptoms and treatment of mental health disorders. “It’s a lack of availability. And it’s unaffordable. That’s not something you can really solve in a day. People don’t get paid enough, and housing is a crisis. If I can’t even really afford to be here, how can I afford my mental health? So, it’s just on the backburner,” Sierra said.

Jeremy and Sierra found each other at Western, and started dating shortly after. They bonded amidst trauma and continue to strengthen their bond as they work through it. “We’re both pretty understanding about it. If it wasn’t for Sierra, I wouldn’t be going to therapy,” Jeremy said.

They both plan on relocating to pursue postgraduate degrees once Sierra finishes at Western, but they’ve found enough of a community in Gunnison to feel positive about their remaining time here. And while there is still room for improvement in the culture on campus, they think that mental health initiatives in the community are improving.

“Mental health isn’t talked about in the town I grew up in, and it’s a similar-sized rural town in Colorado. There is a mental health epidemic everywhere. But people are choosing to and feel comfortable talking about it here. That’s important,” Sierra said.

Throughout this month of May, let’s all make it a priority to recognize how important it is to check in on each other, and keep in mind that we never know what it is that someone may be going through.