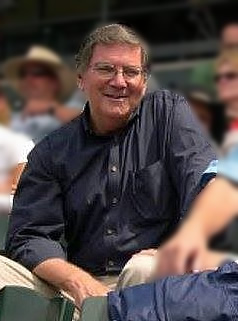 Words matter.  The “Civility Initiative,” launched by the Community Foundation of the Gunnison Valley, offers an excellent opportunity to remind ourselves of that fact.

The political season is upon us, world leaders meet at the United Nations and daily we face issues relating to the economy, immigration, terrorism, war, land use, affordable housing, water rights, education, energy. …  Add your favorite “issue.”

Too often discourse about these issues, in local and national public forums as well as in the print and broadcast media, turns into literal shouting matches (verbal or printed) and true meaning is lost, mired in the muck of buzzwords, propaganda, political mantra,  and “gotcha journalism.”

It’s nothing new. And, unfortunately, we’ve become accustomed to it.  The words splatter and besmirch the printed page, offensive to the eyes, the mind.

Spoken, broadcast, the words assault the ears like hammer blows, repeatedly pounded away above the din of other words just as disagreeable.

The words make courteous debate impossible. Hatcheted into a sentence carefully crafted for a “sound bite,” they turn dialogue into monologue and ruin any chance of serious and considered give and take.  The words engender hatred, fear, disgust, anger, distrust and disbelief.

They don’t have to but, too often, they do.  Other words, used differently, spoken civilly, can, and do, foster trust, respect, understanding, admiration, hope, love.

The proper word can start a war, win or lose a political race, spark the beginning of a beautiful relationship, set nerves on edge, calm the greatest fears.

True understanding results only when words have moral clarity and convey clear meaning.

Similarly, a Chinese proverb says “the beginning of wisdom is calling things by their right names.”

Does one truly “hate” or simply “dislike?”

Is that individual an “undocumented worker” or an “illegal immigrant?”

Was that gift a “campaign contribution” or a “bribe?”

Are those people “dedicated” or “fanatical?”

We become numb to certain words, phrases, repeated over and over. We listen to news sources that mimic our particular points of view. We “turn off” when we hear or read words that lean politically away from our own slant.

Most young people say they do not read or watch the news and that they get most of their news from the Internet.

Too many anonymous, unfiltered, unedited Internet sites use words like daggers, distort or make up their own facts, are incredibly profane and spew little but hatred and fear.

Gunnison County probably mirrors much of the rest of the country in terms of the diversity of political points of view and the variety of issues facing taxpayers.

Many residents of the Gunnison Country also have a hunger for a kind of civility in public debate that encourages open minds, discourages adversarial approaches and results in clear understanding – not necessarily agreement, but empathy and consideration of diverse viewpoints.

The Community Foundation of the Gunnison Valley should be applauded for its “Civility Initiative.” Its efforts will surely result in raising awareness of the importance of tolerance and respect, and those who take to heart the program’s premises will help make this valley an even more wonderful place in which to live and learn.

A few years ago a pastor’s invocation at the beginning of a meeting went like this: “Lord, let the words we use today be spoken in good taste, because tomorrow we may have to eat them.”